The word Kobudo literally means “old way of war”. It is generally accepted to mean the study and tradition of ancient weapons and in the case of Wong's Dojo specifically ancient Okinawan weapons.

During his July 2014 visit to Okinawa to train and participate in karate and kobudo events Kancho Wong was awarded 9th dan by Kaicho Takashi Kinjo.

For more information please see below or contact us. 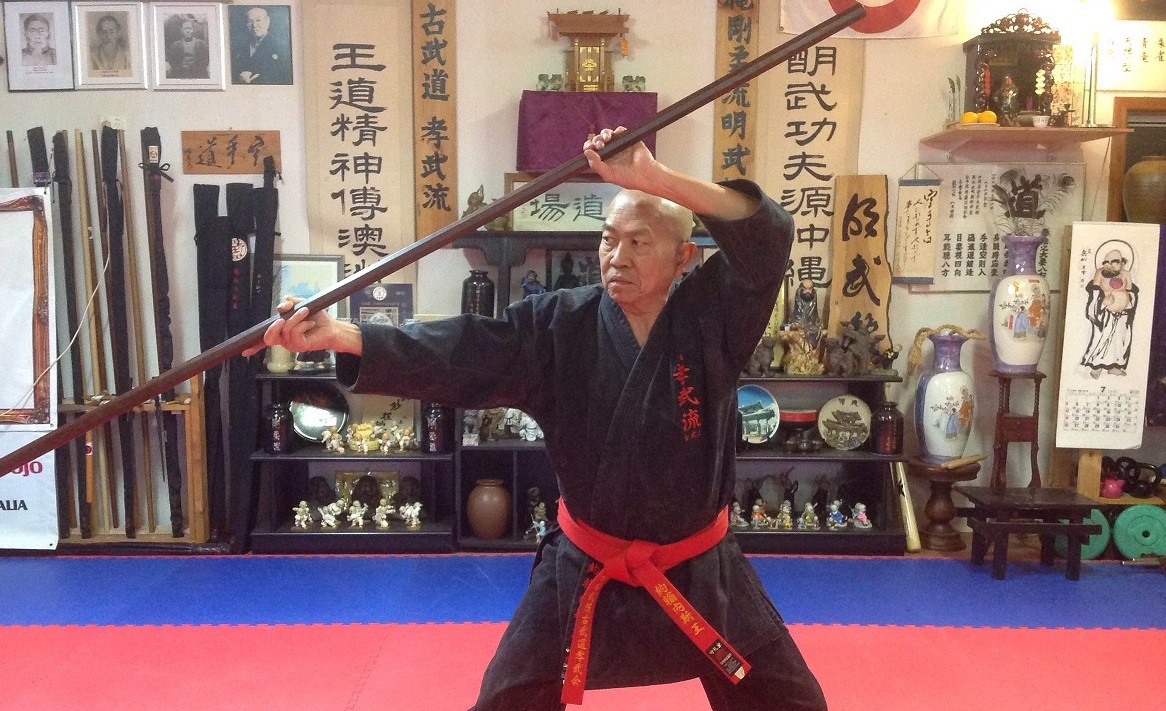 Also 'KUN' the Bo in one form or another is probably the oldest weapon known to man. This is a very versatile weapon used to block, strike, jab, sweep and hook. 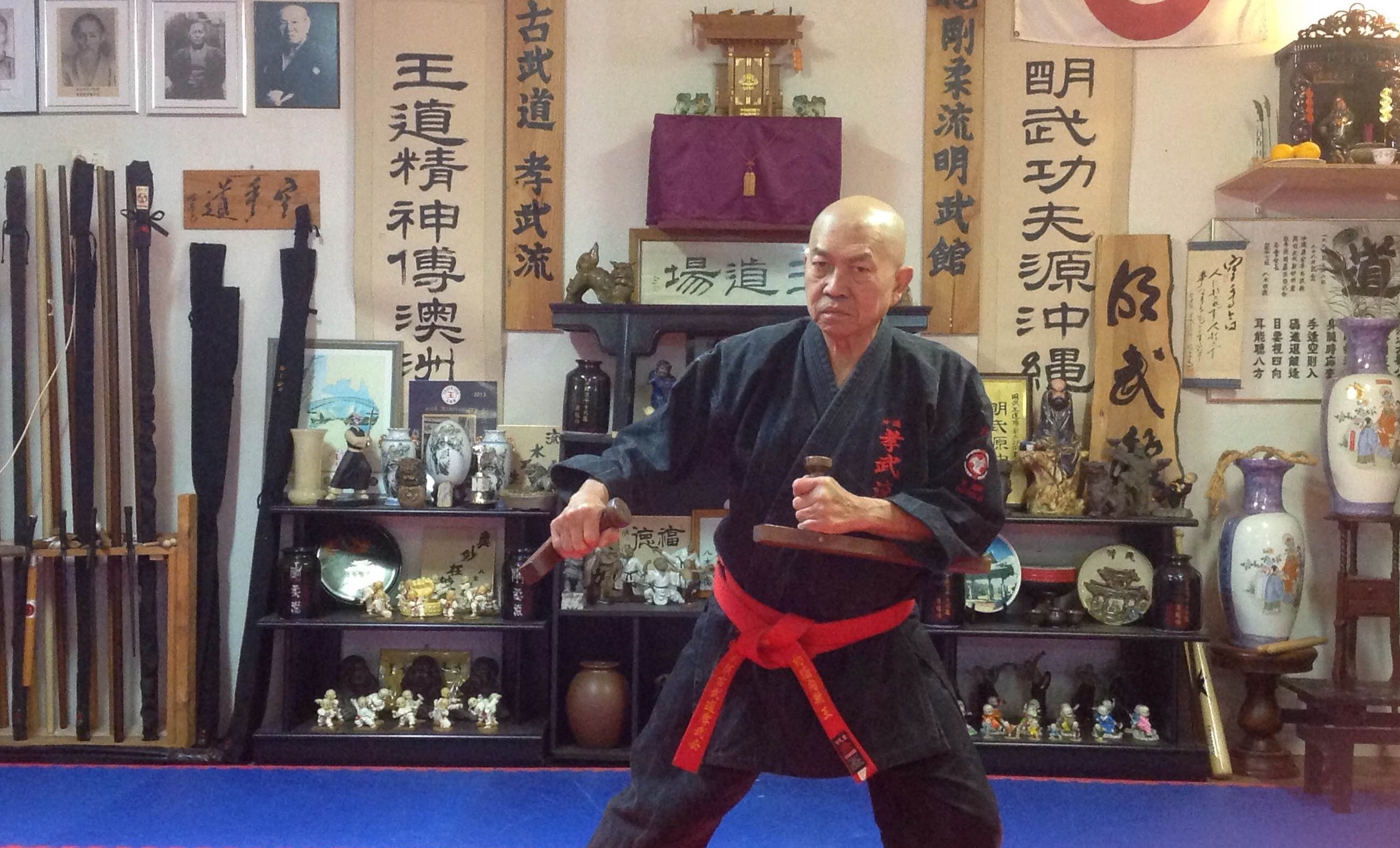 This weapon was adapted from the handle of a grain grinding wheel. Usually used in pairs it is a weapon that has shown resilience and utility throughout the ages. It in one form or another has been and still is used in law enforcement throughout the world. In some Australian states you must obtain a license to carry this weapon. 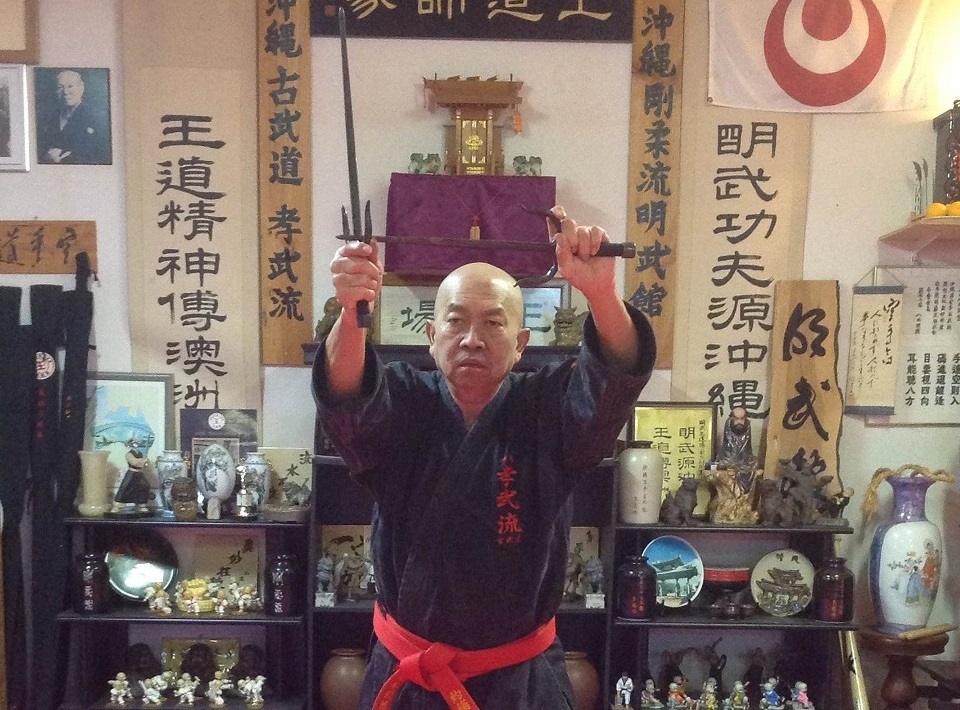 A truncheon type weapon used to block, strike, stab and rip. It is also sometimes thrown. 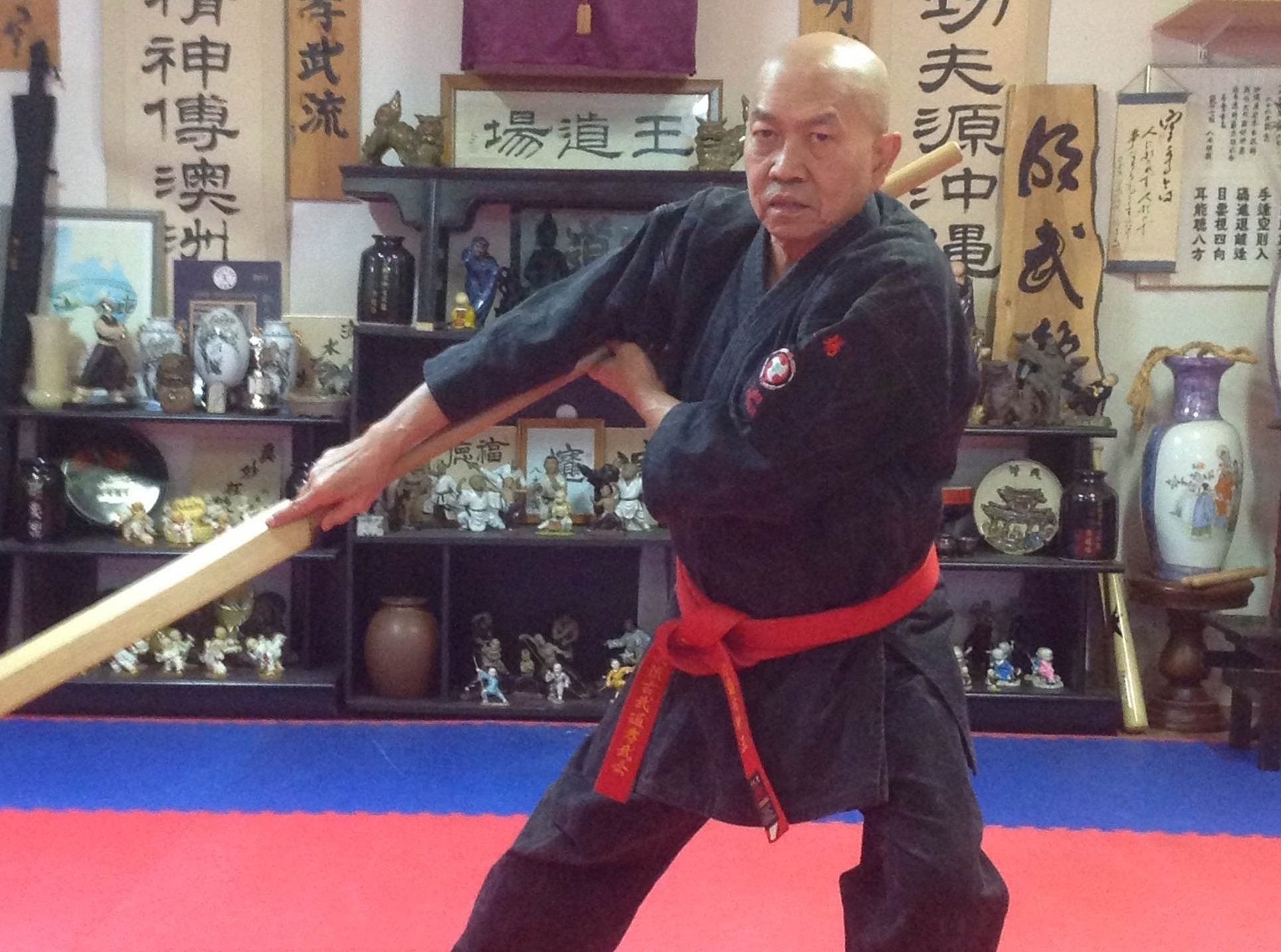 This is an oar adapted as a weapon to defend against attackers. The Eku handle is used much like a Bo but the oar blade can be utilised in cutting and slicing techniques as well as to scoop and flick sand into the face of the opponent. 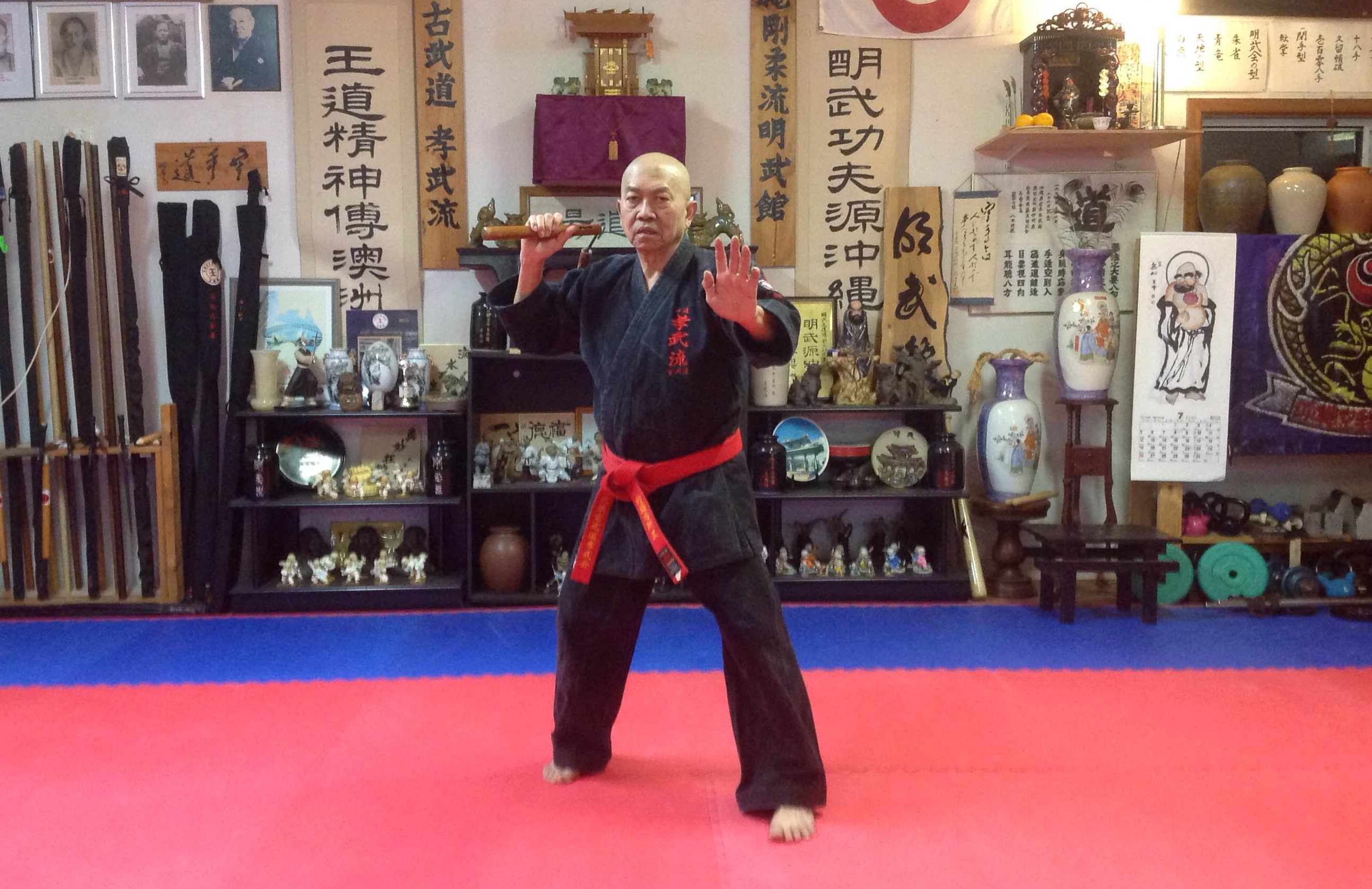 Adapted from the wooden bit on a horse bride this is a difficult weapon to master because of it's free swinging end. The nunchaku can be used individually or in pairs. In some Australian states you must obtain a license to carry this weapon. 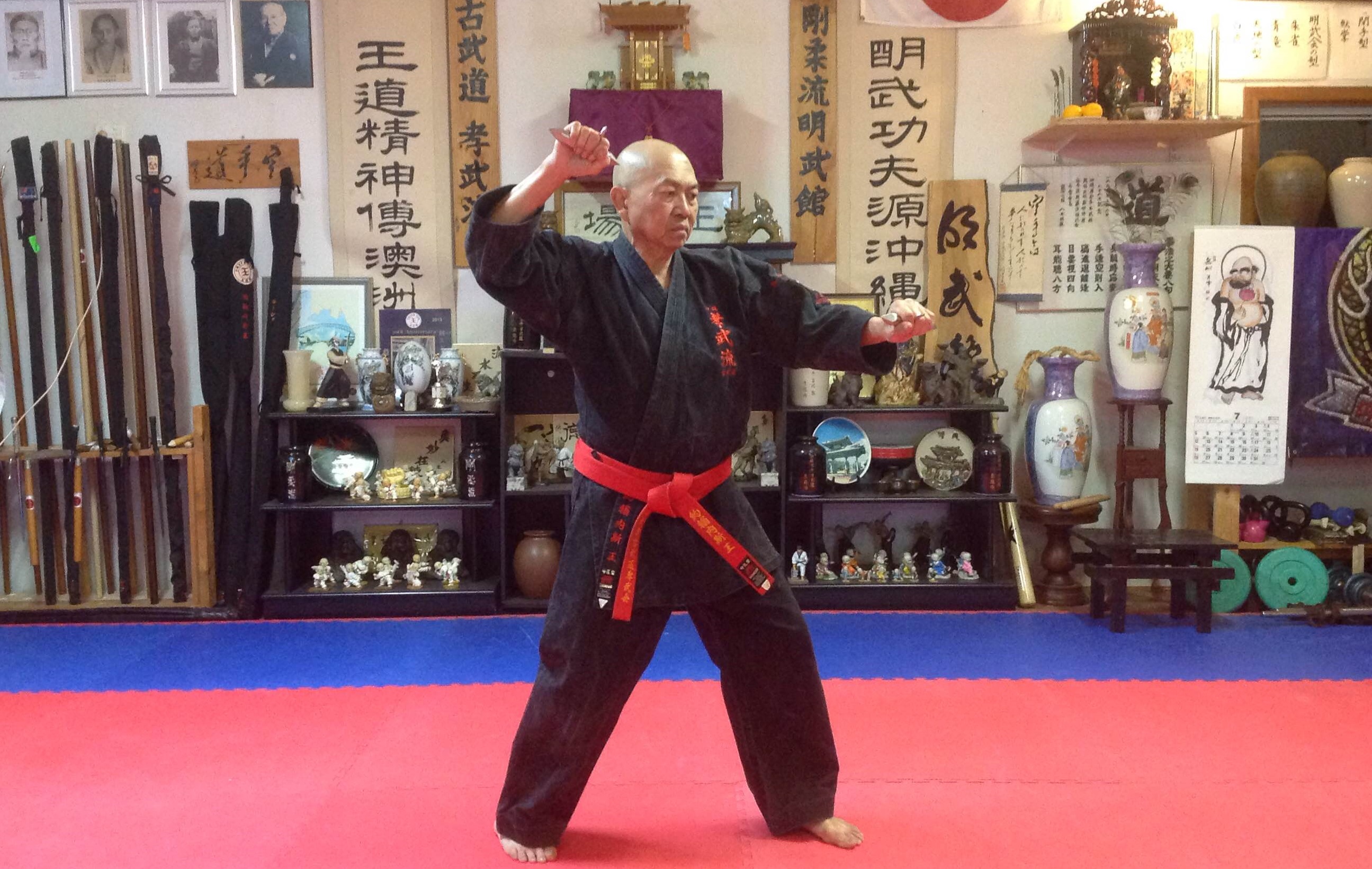 Te:hand naka:middle. Sharpened wooden stick(s) with additional spike protrusion. Extremely effective close range self defence weapon. In some Australian states you must obtain a license to carry this weapon. 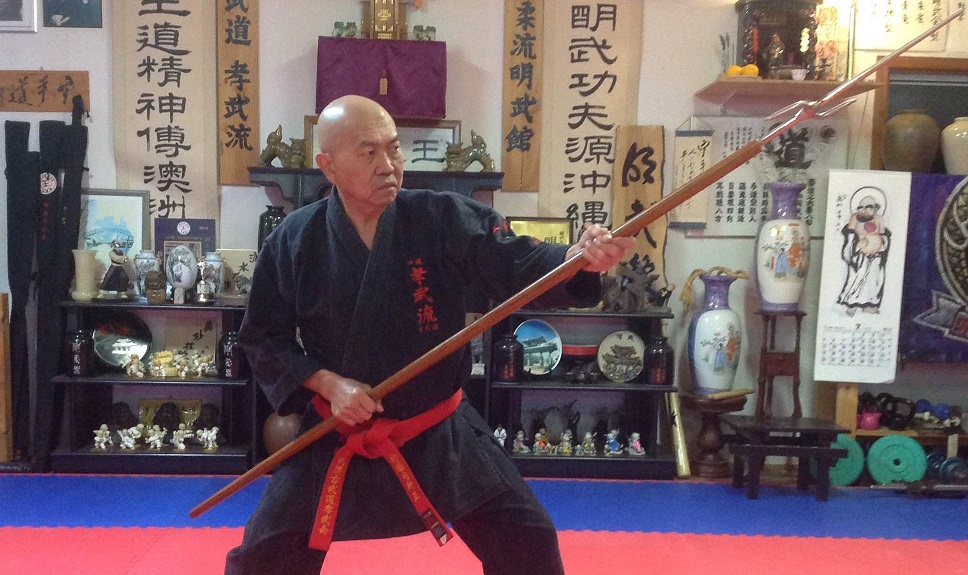 Considered either a weapon imported from China or one developed from a farming implement for handling bailed grasses. A rokushaku bo(6 foot staff) with a manji sai(one tine facing forward and one facing backward) on one end. 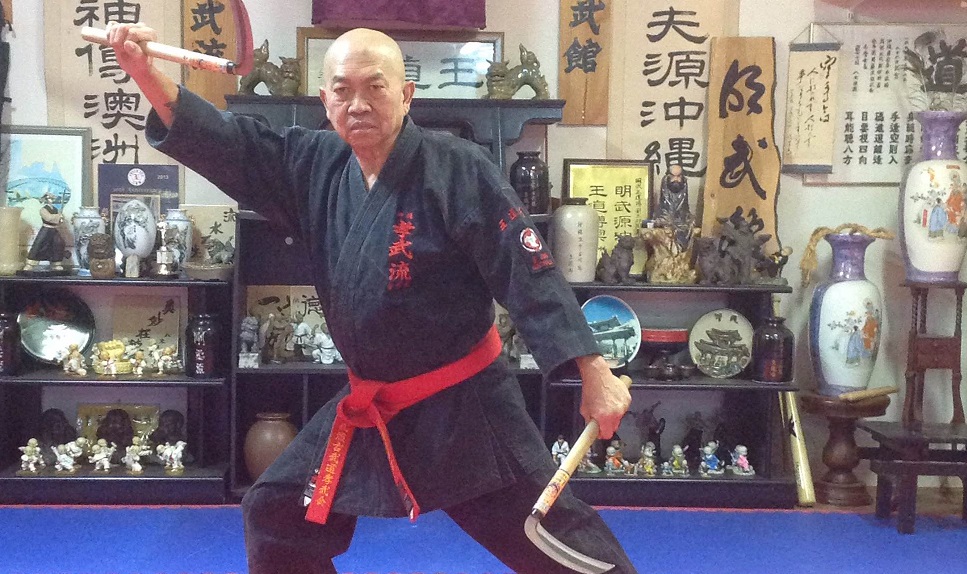 A farming implement for cutting cane and grain. Usually used in pairs in the hands of an expert this is indeed a formidable weapon. Only practitioners of a high grade train with this weapon using live blades.